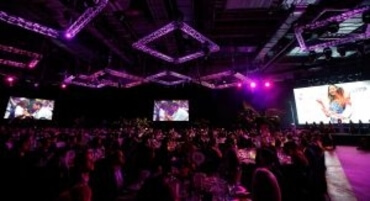 Your craft, profession or career, presents opportunities to be of service. To give back. For a voice over artist, performing the VO on public service announcements (better known as PSAs) hits that sweet spot for me. I’m currently sitting in a friend’s living room in LA,  here this week nominated for an Award for my narration on a PSA, I’m also struck by the plights they serve. Top of mind now are the horrible wildfires devastating property and lives so close by. PSAs offer solutions. They prompt us to necessary action. The key to a successful PSA is connecting honestly with the cause. When I take on the voice-over for one of these, I feel like I’m helping the world in my own way.

Like any voice-over character I take on, there’s a real art to capturing the tone and meaning of the PSA vocally. Most PSAs tend to revolve around serious and sensitive topics, and so it’s important to come across as believable. If I’m working on a PSA to encourage people to quit smoking – happy, healthy, and excited is not the sound I’m going for. Voice-over acting means embracing the anguish, ordeal, hope and joy of others.  It’s something I work on every day in the voice-over game.

If you’ve ever worked for a not-for-profit or government organization… or you’ve ever watched TV or listened to radio for that matter…PSAs are familiar to you. They’re not a new idea.

In fact, PSAs have been around the United States since World War II. As an article on GovTech.com states, around that time advertising agencies and radio broadcasters put out messages like, “Loose Lips Sink Ships”, and “Keep em Rolling”. This was done to encourage the purchase of war bonds, for which they needed the help of the public. To do that, they needed to capture public attention in one simple message.

Today PSAs are almost a part of TV culture, and we tend to remember the bigger nationwide campaigns for their tagline or character. Remember “Smokey the Bear”, or “A Mind is a Terrible Thing to Waste”? Both clever examples of public service announcements which, since we still remember them, were quite effective.

The reason this type of promotion is still effective, even generations later, is because they always strike a nerve with the audience. Agencies make PSAs with the audience in mind — and as the audience changes, so does the content of the PSAs. The only things that stay consistent in the mix are the ingredients themselves. A compelling tale told via story telling style by a strong, believable voice over character. Like with much of my voice-over work, the voice-over narration in a PSA is the element that holds the most power. It’s crucial to striking that nerve with the audience. And without it, they are much less effective.

PSAs Are All About Empathy

As someone who works on a lot of PSAs, the main thing I’ve learned in this line of work is that PSAs walk the line between a number of emotions. They’re touching, they’re uplifting, and most of all, they’re hopeful.

The idea has always been to inspire someone to help, or live a better life of their own. We rarely take a negative approach to the matter, and always an honest one. And that’s why it takes experience and character to perform PSA voice-over: it requires digging into empathy and performing the role as if you’re the one affected. The thing is, no matter who we are or where we come from, we all have issues. PSAs are a matter of scratching the surface and getting into what’s underneath. They’re about talking human-to-human to those who may need help or encouragement.

Below I’ve included a couple of examples of PSAs I’ve worked on. Have a listen and you’ll see what I mean about the voice.

I suppose the nice thing about working on any PSA is that it’s always for a real cause. In saying that, Easterseals Mission was quite a lovely project, since the company brings such positivity into the conversation. They’re all about “taking on disability together” and helping all those affected by disability to achieve quality of life. The trick to getting the voice-over narration right for this PSA was to convey a happy, positive voice without becoming over-the-top excited and keeping it real.

It’s funny sometimes how the little things can have such a big impact… and the PSA I worked on for American Red Cross is a great example of this. The PSA itself aims to encourage those with Type O blood to donate. And it does this with minimal words and imagery, and a clear CTA, or call to action. For this voice-over, my aim was to appeal to the heart and to speak in a way that would inspire universal donors to help.

Happily, it seems I succeeded — since the next thing I knew, I was nominated for a 2018 ‘Outstanding Commercial — TV or Web, Best Voiceover Award by the Society of Voice Arts and Sciences! A top accolade in my industry it was an honor to be nominated for such an award.

Casting a Voice-Over for Your Own PSA

Performing for a public service announcement can be challenging for a voice-over artist. But having worked on hundreds (and been nominated for an award), it’s a challenge face confidently. Each PSA requires its own story and character, finding that perfect tone and digging into my empathy to tell the perfect story.

Have you been looking for the perfect voice over talent to announce your own brand’s story to the public? Kim Handysides Voice Over is your gal — I’d be thrilled to help. Get in touch today and tell me more about the project.

Furthermore, did you know I also give away a free voice-over for a charitable event or campaign every six months? If you’ve got a cause to support, enter here for your chance to have me help, pro bono.