Sipping nectar of the bean and browsing my groups this morning, I was inspired by copywriter chieftain Steve Roller and how many similar cliffs of insanity people in the copywriting and voiceover narration fields have to scale to triumph lately. All because of the (anti) buzzword of the decade “disruption.” That concept we all rallied around. Even got excited about. At first. Kind of like the frog, happy in a pot of water, lulled into complacency even as the heat rises and slowly cooks it to death. 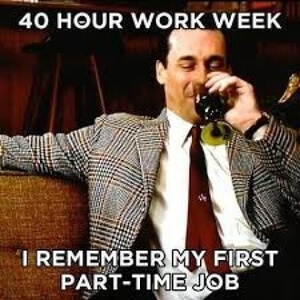 Working old-school copywriters and voiceover artists shared a formula. Client meets ad agency, creative team whips up with a concept, copy writer and art department, realize the concept and possibly come up with fresh ideas that client hadn’t thought of, embedded in his script and the production team would make it so. Typically this was when the voiceover artist was called, cast and invited to bring their expertise in enlivening that script and message. (In a perfect world) the client would sign off and approve. The message was delivered. It was a beautiful system. A simple system. And worked for over half a century. Then poof. Disruption. The tried and true took a quick trip to Hades in a hamper.

What happened? You could say it began with tremors in media buys. The Internet morphed into a true marketplace and spending on advertising splintered. No longer limited to billboards, print, TV and radio constructs, disruption in our industry included events and new media like pre-roll ads, YouTube, facebook, Instagram, etc. The problem? That same client advertising budget no longer enjoyed a 2:1:1 split between TV, radio and print, but flatlined into a ratio more like 1:1:1:1:1:1. Plus, many platforms with ground-level entry accessibility meant much greater competition for the traditional crafters of the message, (wordsmiths and voice vendors) to cut through the proverbial clutter.

So now we have a situation where we not only have to be more clever, more artful, more disruptive (sorry, not sorry) to abduct attention and help make messages heard, but we have to do it with lower budgets in shorter time frames, and without the dear old system in place that, frustrating as it may have seemed then, made our lives soooo much easier. Thanks Joni Mitchell. Never know what you’ve got till it’s gone.

Copywriters and voiceover actors are fumbling through these new frontiers concurrently. The work rarely walks through the door on its own anymore. We both have to seek and secure it.

Happily (for me), I have always been a pretty good small business marketer (for an actress). Perhaps because I played “ads” instead of “house” as a toddler and my first job out of school was in radio copywriting. But the universe more strongly steered me toward voice over work, and like water (or a bad smell) I followed the path of least resistance. So, VO. But, I took the time to build relationships along the way and did great work, and as an adjunct to my agent (which never brought more than 50% of my work), I annually updated and applied my own marketing scheme. Booyah. But gang? The last four years of my voice acting life I have never worked harder in sales and marketing to keep my salary constant. I guess it’s a bleep good thing I spent so many years perfecting my acting craft early on. If I hadn’t, I’d be even more frazzled, divided and disrupted than I am in this fun crazy new market. Ya feel?

There is so much more work out there than there used to be, but not through the usual channels, so how the heck do you find it? And yeah, grumble, grumble, the bulk of it is in the lower price range. Whereas in the days of yore, salaries for both copywriters and voiceover actors emulated the floating island of Laputa (hard to access, but once you were there, the salary was high) the now-market has shifted to more of a pyramid. Lots of piddly-paying grunt jobs on the bottom, with fewer middle and upper plums for the career copywriter or voice actor to chew on as you climb up the obelisk. Although, I heard the ad market metaphor recently referred to as a flat pancake with a couple pimples, namely New York, Chicago and Los Angeles. I try not to dwell on the disheartening.

The answer, as Steve Roller suggested, is in marketing and sales. Isn’t it Alanis Morrisette-y that ad writers, creatives and commercial voice artists have been swimming in the center of marketing and sales, yet we haven’t had to actually do it for ourselves? In this brave New World, we need scramble hard, scale and mount the learning curve in B2B marketing, SEO, spreadsheets and lists, pay to play platforms, industry conferences, exploring and exploiting social media platforms… and sales (it’s not a dirty word). Actually getting up the gumption to ask for work directly instead of hinting, cajoling, suggesting or ”just putting it out there.” And you know what? It’s tough. It’s exhausting. It totally challenges your work-life balance. But when it clicks? It’s also exhilarating, freaking exciting, and imminently rewarding.

And there are new sideways opportunities. In my 20+ years of largely commercial voiceover work, I would never have occasion to recommend work to a copywriter friend. But post-disruption, it’s becoming my new normal. How weird is that? And that feels great. Because we all want to help out the good people we work with. We all want to get referrals and give them. To swim in these new waters it’s no more go-with-the-flow, but jump in, ride it, splash around, divert it, and most importantly be part of it.

No lies. I’m tired. It’s a poop ton of work. But dang, I love this part of my career. My own marketing and sales has led to really exciting unusual voiceover stuff. Like a Pepper Potts inspired AI promotion, poetry slam ads, lots of quirky (think: Flo from Progressive) long form story spots, Virtual Reality, apps… I’m sure you have a jambalaya of beautiful inspiring fun work you’ve been party to as well. 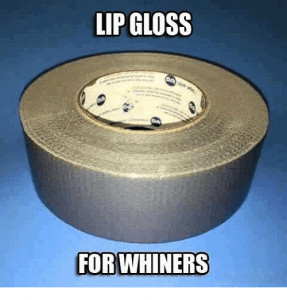 My least favorite part in all of this newness, is the paperwork. K2 sized mounds of NDA’s, invoice & PO numbers and ways to receive payment to track. Yuck. Not my métier. But I can’t afford to be a whiner. No spoiled babies in this economic transformation. I’m curious to further explore the intersection between the pain points of copywriters and voice actors within the new reality.  Could we be closer? And  possibly get work with and for each other? What else might be fun and profitable partnerings within our work world. If you’ve got any ideas please post them in the comments below. K, enough rambling for today, I’ve got to slide back into my sound booth and bang out a couple of jobs. Ciao bella!

Kim Handysides is addicted to kombucha, her kids and Kiwi, her delightful Dachshund. Alliteration too, apparently.