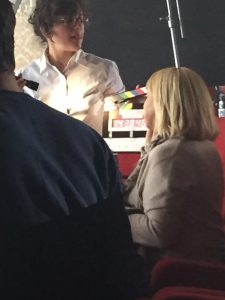 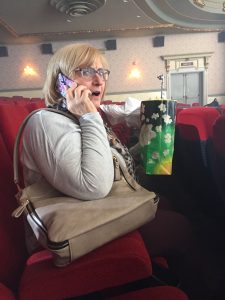 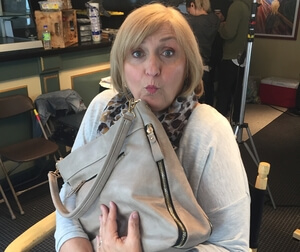 Once in a while, hopefully once in a long while, you’re going to encounter someone who hates your work. It could be a critic, a competitor, a troll…hopefully it’s not your client, but occasionally that happens too. What do you do when that happens?

First off, acknowledge your pain. To yourself anyway. Let yourself feel the wtf, the hurt, the shock. It sucks when you’ve done your best and someone doesn’t get it. Or thinks it’s garbage. Honor the sting. Pause. Breathe. Then move to the next step.

You won’t be able to keep every client 100% happy 100% of the time. Much as you might try or think you can, it’s just not possible. Hello diverse marketplace. But you can do an audit to learn from it and figure out how to move on.

Sometimes you need to wo/man up

Don’t just listen, but hear what they have to say. Is it valid? Could your work have been better? Did you follow your client instructions clearly? Did you take creative licence a little too far? Did you take any short cuts? Overblow the budget? Did you leave anything out or not get it in on time? Always looking for ways to improve your craft/work helps make you a better whatever-you-are. A couple of years ago I was tippy-toeing in the deep end with one large job because I wasn’t up to speed on the technology it required. The instructions the client sent registered like Klingon to my short circuiting brain. I explained my Power Point wasn’t as fluent as theirs and asked for a little hand-holding. Happily the client responded with patience and with guided poking and prodding, I was able to give them what they needed.

They may have too many cooks in their kitchen. Not a clear enough idea of the outcome they want. Or how to execute it. Maybe someone on the team is going through a major life change and consequently they are off their game. Maybe they dropped the ball and are looking for an expendable crew member to take the fall. (i.e., you) A few years ago I was hired to voice a series of regional radio spots and asked to record in a live session with clients sitting in on the call. This is a frequent occurrence for me to which I happily comply because it means they get exactly what they want in session. Their client is there to sign off. And, everything went very well. All seven (yeah, a lot of cooks on this one) parties I patched in for the recording were very pleased with my voice over – or at least that’s what they told me. Two days later this client contacted me saying that actually they weren’t happy and had re-cast and re-recorded the session with another announcer. He was not specific with why they had reached this decision, but was very pointed about asking me to drop my fee or consider cutting it in half as they weren’t going with me. I politely pointed out, no, I had lived up to my part of the agreement, and insisted on payment for work delivered. I did get paid, but never heard from the client again. Perhaps it’s for the best.

Sometimes you need to fight back

Especially if you have been wronged. Like not getting paid. Use of your work with your permission. (A variant of not getting paid) Or if someone has unjustifiably tarnished your reputation. Like a critic or (ugly territory alert) a competitor. Years ago, when I was the 6 o’clock TV weather woman for a major market news network, I did a little skit for spring that some people loved and some people hated. It was a rap. In the early 90’s it was very different for a white girl to rap, but I had grown up next to Detroit and that stuff was in my veins. The news anchor didn’t handle improv or off-the-cuff remarks very well, and his shock and disapproval registered loudly when the camera cut back to him. The next day the local media critic compared me to a clown and bemoaned the poor anchor that had to work with me. So I bought a red nose and that evening quipped about how it helped to have a sense of humor when dealing with Canadian springs. Which it does. My fan base grew that day. But more importantly, I came back from a public put down with aplomb.

How have you handled criticism of your work? If you have anything to add, I’d love to hear it. I’m a heavy hitting female voiceover actor always looking for new ways to grow and improve.