What’s great about holiday campaigns is that they give companies a chance to be creative and heartfelt with their messages at a time of year when we’re all feeling just a little bit of everything. It’s more than an opportunity for companies to take our mythology and extend it into their own brands – it’s a chance to genuinely say “thank you” to the people – clients, employees, and communities supporting them. Voice over holiday messages aren’t just a marketing gimmick – they’re a small slice of gratitude.

Why Do the Best Holiday Campaigns Use Voice Over? 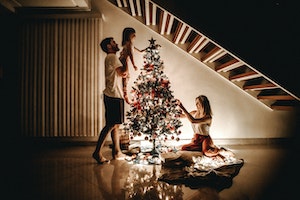 It’s all about connection. The most successful holiday campaigns use voice over because it’s a chance for faceless companies to inject that relatable human element into a business. As a voice actor who’s helped companies express hundreds of thousands of messages, I maintain that voiceover is the bridge that connects the marketing world to the average person. The best holiday campaigns use voice actors to bring their message to life.

Good voice acting involves breaking your message down (script analysis) to its most essential and creative use of a sharpened imagination to reach who you’re targeting in your brand or company’s voice. Whether you want a sincere, simple thanks or to pull (a little) at the heartstrings of people who watch them. It’s more than a way for companies to connect with consumers but is the path to humanizing a brand and making it relatable to anyone who does business with them.

And bring a little holiday cheer while they’re at it.

When is the Best Time to Create Holiday Ads with Voiceover?

Most holiday marketing starts before Thanksgiving and goes through to New Year’s. Throughout this period, consumers aren’t just likely to respond to your ad but appreciate it. Most of the year, people buy things because they have to – they dwell in the mundane and make necessary purchases, pay their bills, and fill the cupboards. But the holidays are different. It’s less about obtaining the things we need and more about giving to someone we love.

Timing is important. If you’ve ever felt that inner groan of disbelief when Christmas decorations are displayed before October 31st, you know what I’m talking about. But October is a good time to begin thinking about and planning your holiday campaigns. Sending them out or airing them just before Thanksgiving offers consumers the chance to absorb a message and simmer in it for a few weeks before it’s time for a purchase.

Why Voice Over Holiday Messages Are Important? 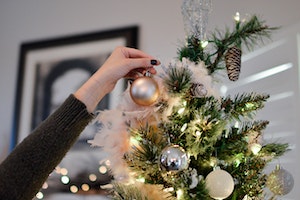 There’s much more to holiday messaging than catchy gimmicks and sales – at its core, it’s all about love and mutual admiration. Although a few ads push the season’s hottest product, most holiday messaging is about human interest. And this has great value in terms of customer loyalty, and it’s not something to take for granted. Depending on your brand and the campaign, you may want to connect with a charity for donation drives, events, community outreach, sponsor PSAs (public service announcements), and everything in between.

And generally, successful holiday campaigns use voiceover because it’s the most effective means of expressing the human side of whatever the message contains. It’s about injecting humor or a sincere voice and message of gratitude and appreciation that extends well beyond consumerism and appeals to the best in all of us.

Where is Holiday Messaging Used?

If there’s a place to consume media, you’ll find a holiday message opportunity. It’s everywhere. We’re so used to hearing holiday voice over that it blends into the walls around us, making it difficult to get an exact read on all the places it might pop up.

Fortunately enough, having worked on countless holiday campaigns throughout my 30 years as a professional voice actor, I have more experience in holiday messaging than the average person. I’ve put together a quick list of places we hear holiday voiceovers at work, including:

Tis’ the Season for Voice Over Holiday Messages 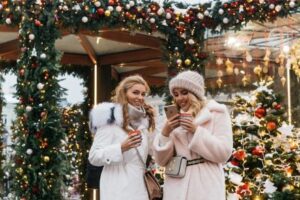 From holiday spectaculars to social media campaigns, radio commercials, and television ads – you name it.  If you’ve ever felt nestled in the holidays just by walking around, there’s a solid chance that’s because of holiday messaging. While it might have begun as a marketing tactic, holiday-messaging, and the voiceover that goes into it, is about as much a part of the holiday season as tinsel, gift wrap, and long lineups at the mall.

We hear it all around us for a solid two months of the year and never seem to think much of it. We take it for granted. North American culture is so ready and primed for that yearly dose of holiday magic that Mariah Carey’s annual thaw from cryosleep has become a long-running meme synonymous with November 1st and the holiday shopping season.