If you ever get a chance to help out in any casting project, take it. Whether you sign up as a reader for a day, get an summer internship at a casting house or even volunteer to answer phones, being on the other side of the proverbial casting couch gives you an unparalleled vantage point and insight into what separates the bookable from the floundering.

As a voice over artist with a long, successful career, I’ve tracked my slow season. January and July are my quietest months. So when a panicked long-term client reached out to me this summer with an unorthodox project, I had time, resources and expertise to help them out. What transpired over the next month was an insightful case study in how other (about 150 other) voice over artists behave in the context of a job. I have cast multiple voice over projects in the past, but they were generally small – one or two mostly, occasionally up to a dozen. But this huge job put me in a unique position on the hiring side of the voiceover proposition. Snuggle up, buttercup, I’m going to share the good, the bad and the fugly in this week’s bloggy wog. 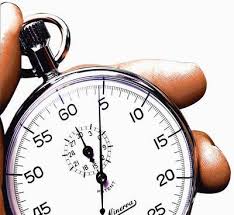 Multiple esteemed sources in our industry say casting directors only listen to the first few seconds of my audition. Guys? It is so true. I fought against it. I gave the first three or four, ten seconds before clicking to the next. The truth is when faced with over 50 auditions to listen to, unless your engager has no idea what they want or perhaps, they want to hear you come in tight on a :15 or :30, they make their casting decision in the first 4 seconds. If you can’t nail it and grab their attention off the top, you won’t do it for their audience either. Those who delivered in the first 4 seconds, made it to my short list.

There is no replacement for talent. Natural talent is rare. There’s only one Jennifer Lawrence. For the rest of us, there is talent enhancement! If you’re not booking the way you want to, it’s probably because you need to work on your craft. Even the best of us continue to get coaching, do improv, stand-up, scene study, work with dialect coaches, etc. Your lack of care to your craft is obvious when compared to the 50 others in an audition.  Find someone more successful than you and ask where they trained, who they coached with, for how long and for how much.

Do Adhere to and Deliver on Instructions

Take the time to read the instructions. Don’t jump into a read too quickly at the expense of not fulfilling a requirement. If they’ve asked for inspirational and you’ve given them conversational, you’ve missed the mark. Unless you do conversational as a Take 2 and give them that for variety to display your range.

Get Your Sound Quality Right

Shortcuts in your sound quality are glaring in a string of others who’ve spent the time and money to get it right. Listen back to your sound and compare it to the sound of others in the field who book regularly. If you can’t identify what’s wrong, enlist help. Befriend sound engineers and booth gurus. Listen to podcasts. Ask sound equipment suppliers. Play with your room. One piece of equipment I stumbled upon that I heartily endorse is the VOMO portable sound booth. A lightweight construction of sound absorbing material, it gives you an effective room in a pinch.

Keep your introduction brief. In my huge casting project, faced with so many voice over talents from which to choose (over 100), my eyes flashed over the accompanying letter that came with audition submission like lightning. My primary interest was being able to communicate with them off site (yes, I went through a couple of pay to play for some talents) to be able to go back and forth easier, quicker.

After being hired, despite my request to communicate via email, (and the fact that this particular site had no qualms about leaving it once initial contact was made) many talents kept communicating through the site. This left me wasting time sifting through endless threads (with other people attached to the same thread. I found that frustrating and made me not want to hire those people again. Follow instructions.

Be polite. On this particular job, the budget was low. I knew that going in. I mentioned it in the specs. It was an unusual job – not for broadcast – with a better rate than audiobook, but not much else. So, I found it annoying when people told me what I already knew. Don’t waste my time arguing.

Although it was for pretty much always only about 4-6 seconds, I did listen to related voice demos that talents sent me, as well as the audition. I wanted to hear what else they could do. And I noticed two incidents where I would have done it differently. Some people sent a second take as their related generic demo. That was a waste of time. Unless otherwise specified, second takes go on the submitted demo.

Invoice me right away if you like. Then it’s off your list and on to mine. But understand if your client needs to clear some other things off their desk before they get to you. Two talents in this great big job asked for payment up front – as in, before they sent the files. That’s your prerogative – I do this with clients from certain countries – I’ve only never been paid twice in 30 years. One was some guy in the Ukraine. One was a Union gig, and my stewards gave up after 3 years with no luck. But know that for people in North America asking to be paid before you do the work risks you not getting hired again. Many clients (including me in the mega-project) are only getting paid after the job has been produced/integrated/approved/and the client’s check has cleared/at the end of the job. So if you ask to be paid up front, I have to bank roll you out of pocket. It’s all about cash flow.

Want to make it difficult for me to find you again or to pay you for the job? Name your company something other than your own name. Your face is your brand. Your name is your brand. Period. End. It makes it so difficult for your client if your company name is Fairy Dust Voice Talent and your name is Joe Guy. Especially if you don’t indicate the connection in your communications somehow. Be found. Use your name. Keep it simple, sweetheart.

My biggest lesson learned? I will not go seeking work as a casting agent. That shizzle is tough! Casting pro’s, production co-ordinators, agents…they work hard for their percentage. Thank heavens we’re not all the same. I’ll stick to performance, thank you very much.