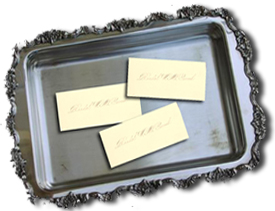 In the voiceover world, your demo is your calling card. More important than your business card, or website, it’s a reflection of work you have done or are capable of doing. A voiceover demo then, becomes your audition to audition. It needs to be good. It needs to reflect your skills and your range. It needs to be current and it needs to fit the current market and genre you’re targeting. A poorly written, badly directed, over or under produced demo can kill opportunities and sabotage your efforts.

I have multiple demos on my website. Commercial, eLearning, explainer, audiobook, trailer, accents and characters just to name a few, but if I had to limit production to one demo only, it would be a commercial demo. Not only because commercials are the mainstay of what I do, but because to my mind, that is the demo type that shows the greatest range. A commercial demo is also historically the type that agents expect above all others.

Within a commercial demo, you can lay down your baseline storytelling voice, get a little wacky, then a little serious, be inspired, confide in a friend. It’s an opportunity to showcase multiple aspects of your talent in short (hopefully) entertaining clips that make your client, casting director or agent reach out and want more.

What are the hallmarks of a good demo? I produce demos for voiceover artists myself, so I am always interested in what the experts (aka the casting directors and agents) have to say about key criteria for an excellent voiceover demo.

Key qualities of a voice over demo

Except for audiobook demos, a voiceover demo shouldn’t be longer than 60 seconds. No one (in the industry) listens longer than a minute nowadays. Within that minute, your demo needs to sparkle with great production, great performance. It should be an excellent reflection of what you will be able to replicate if they decide to hire you. If you work remotely from your own home studio, then you also need to be able to ensure you can replicate the same production values in your own home studio you display on your demo. If you can’t, you create false expectations and risk your reputation and upsetting clients.

Casting off a voiceover demo

Casting directors often don’t listen past the first ten seconds. It’s a fact, sad, but true. They don’t have time. You either make it into the shortlist in that limited window or you don’t. So what happens in that tight time frame? After the first couple of seconds, the listener gets an imprint of how a particular artist’s voice sounds. That’s the baseline. From two or three seconds in, the priority is to show your authentic storytelling capability. If they’re still with you six or seven seconds in, next give them a glimpse of your range. That’s it in a nutshell. That’s the best you can do. If you’ve kept them that long and are able to get shortlisted or make an impact or connection with the listener, you’ve done your job well.

How many voiceover demos should you have?

As many as you want. 😀  I have two commercial demos (a regular and an “International” one), two eLearning demos (generic and medical), and two audiobook demos (fiction and non fiction). Beyond that I have cut demos for explainers, telephony, trailers, characters, accents and several others. Sadly, people don’t always make the leap to applying your brilliant commercial read to their eLearning narration or animation. They need you to do the work for them. I suggest making a demo in every genre where you want to work, not just where you are working.

How often do you need to change your voiceover demo?

Demos should be refreshed often. When you get new, exciting or impactful work that would enhance your current reel, add in the new cut, or get your demo producer or sound engineer to do it for you. That said, you should either recut the demo to remove something or shorten the other clips to keep the length the same.

The first audio demo I ever made was in 1982. Fresh out of university, I landed my first professional gig at a local radio station. I was doing the “Carling Summer Fun” reports. Little on-the-spot reports from fair grounds, community picnics and parties. It wasn’t much, but what came with the job was a key to the station, and permission to “play radio” in the production studio in the evenings when no one else was around. The demo I made from that gig landed me my first full-time radio job. For the next twenty years or so I made my own demos. Usually from work that I had actually done. So, if there was a McDonald’s spot in there, (and there was) it was because I had voiced it.

I mixed national ads with local ones to show range and often slated them in a brief fun or entertaining way. I wish I could say I updated them regularly. I didn’t. Then, sometimes I kept the same demo for five years at a time, whereas now, I mix new demos every two years and refresh my demos at least annually.

A few years ago, I began directing demos (commercial, narration, explainer and eLearning voiceover demos) for a local production company. As I also coach voice acting privately and in groups, this branched into creating a demo production team of my own with a cream of the crop copywriter and an awesome audio engineer.

Make sure your demo reflects the kind of voice work you are going for. If you showcase a highly produced demo with music and sound effects for a voiceover genre that typically buys based on dry voice, you will get passed by.

Do’s on your voice demo:

Keep it entertaining, keep it short, make it pop, show your range, reflect what is current in the market.

Don’t make all the reads the same, make one before your acting skills are sharp, don’t put dialogue on them (current anti-trend), don’t under or over produce it

Demos and demo production has changed over the years. What are your thoughts? What works for you, what doesn’t? What do you think is absolutely necessary and what isn’t?

Kim Handysides is an Award winning female voiceover artist who, when not busy narrating and voicing scripts for her clients, coaches and creates eLearning, narration and commercial demos for other voice actors.