Is the Seth Rogan Controversy Good or Bad for Voiceover Industry?

Is the Seth Rogan Controversy Good or Bad for Voiceover Industry?

A reporter from the CBC (Canadian Broadcasting Corporation) called me yesterday to ask me (a female voice over artist) how I felt about Seth Rogan voicing prompts for the Vancouver Transit Authority. Matthew ____ (I don’t remember his last name) asked if I felt any animosity toward Seth for infringing on the territory of a regular voiceover artist. While I understand Matthew was doing his due diligence as a good reporter trying to dig up dirt on an otherwise fun fluff news piece, my reaction wasn’t what he was looking for.

Hollywood A-Listers in Voice Over

While it does get some of us up in arms when we see Matthew McConaughey hocking cars or the myriad of animation roles going more and more to A-list celebrities, and I understood his point about Seth. But apart from being all fan-girl about le M. Rogan, I think he’s doing us a service. Let me s’plain. 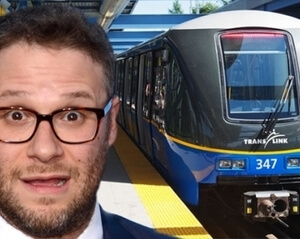 Hearing Seth Rogan give you anecdotes and instructions over the transit PA system draws attention to our industry as a whole. It shines a spotlight on one aspect of the myriad places voiceover is used. AR, VR, all the R’s, I don’t need to spell them out. You know where our talents are used.

The cool thing about Seth’s work? He apparently didn’t take any money for this particular job. It was a volunteer voice gig. So he wasn’t replacing you or me. He was looking at it as doing a favor for the city he is proud to come from. I’m not from Vancouver and when the reporter found out I am located on the other side of the country, he asked me for other references of voiceover people in the city. (You’re welcome Alison Sellers 😉 )

Full disclosure, part of my generous reaction, may have been because I thought Seth’s voicework was limited to Vancouver, the city of his birth. Then I found out he also recorded voice prompts for the Toronto Transit authority…. Hmmm. Vancouver voice, Toronto voice…would he become the (my home town) Montreal voice, too? Further investigation? Canadian company TransLink hired Seth after allegations about Morgan Freeman’s off-set behavior. So this wasn’t a new thing….The transit authority was already hiring big names for its etiquette tips.

Voice Over Work is not a Pool, it’s an Ocean

So back to the issue….big Hollywood actors recording the stuff you and I live and breathe and pay our mortgages on. And are you and I afraid it will squeeze us out of the market?

Ya’Idonthinkso….50 years ago Mel Blanc and a handful of others did all the animation voices. At that point the occasional Hollywood A-lister would lend their voice to something for a charitable event. Yeah, advertisers, doc filmmakers and especially gaming companies are roping in the big guns to be better heard amidst the rising cacophony of content. But, unless the stars all start working for charity, the overwhelming majority of corporate clients, eLearning content creators, ad agencies, etc. will not produce budgets high enough to satisfy their rarified bank accounts. There will be enough work for “regular voice over artists” or as I like to call us, “career actors.” 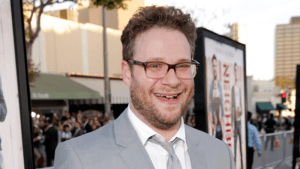 So, Rogen on, Toronto & Vancouver, I say. And let us bask in the awareness his dulcet tones and gregarious, down-to-earth personality bring to an otherwise ignored genre in the arena of voicework in which we all play.

What say you? Is it yes to the Seth? Or no with a boo, hiss? I’d love to hear your thoughts.