Voice Over Rates: How to Find the Razor Sharp Edge of Pricing your Professional

After sorting out how to find the right voice with top notch audio quality and a quick turnaround time, the big question for producers hiring voiceover professional is rates. How much does it cost to hire a voice actor to narrate your material? 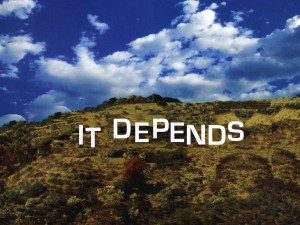 First let’s sneak a peek at the Union vs non-Union rates. If it’s a Union (Sag-AFTRA-ACTRA) gig, the minimum or “scale” rates are set and negotiated between representatives on behalf of the actors and the producers who are signatory to the union. The actor then may agree to do the job for scale, or ask for “scale and a half,” “double scale,” etc. This is more common for experienced or in-demand actors.

Rates are a hot topic among artists who make their living with their vocal chords. Sometimes a contentious one. Whether those artists are union, non-union or both (i.e. Fi-core, for financial core – SAG AFTRA members who pay their union dues, but rescind voting rights to be able to work both sides of the lot). 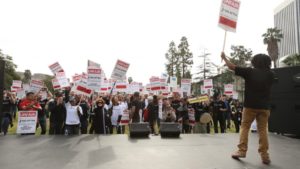 Union folk walk the tight line between anxiously guarding hard-fought for rates and keeping rates competitive in the rising tide of non-union work. Being organized, they are also the loudest complainant that rates for the most strenuous types of voice work are the often the lowest. And, it’s true. Genres, like gaming, audiobook work and dubbing are all low-men on the totem pole. Long-form audiobook narration is a rewarding, but slogging marathon and dubbing while exhilarating, requires tight precision in timing and delivery. Gaming demands intense energy and characterization of life and death situations, where the stakes are always high and the pace to perform is wickedly fast. (At a studio where I often direct commercials, narration & demos, I was invited to audition as a gaming director. I was told my direction was spot on, excellent even, but the time I took to get the actor to deliver the performance was just too long for the gaming world.)

If you have not signed an agreement with the actor’s union(s), or your project is being produced virtually (with input from various contributors around the globe), then your project is non-union. Rates for non-union jobs generally depend on two variables: the project and the actor. More specifically, the length, use and intended/projected audience of your project, and the quality of the voice actor (and occasionally both how busy that actor is and the depth of your relationship). 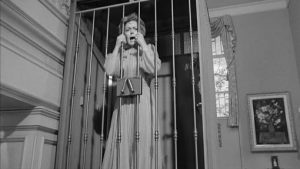 Professional voice actors who work non-union jobs most often charge prices in line with union gigs. Most producers who are not Union signatory, still want great talent, they just don’t want to either be locked in to residuals and buy-outs on every production or have the flexibility to pick up both union and nonunion work themselves.

How a voice performance is used is the most important identifier in determining price. Commercial advertising (broadcast, theatrical, web, etc.) commands the highest fee structure and is also based on population. How many eyes/ears will see/hear it? The sliding scale works from local, regional to national ads. And there are differences in price for different countries. A national ad in the USA has 5 times the potential viewership of a national ad in the UK and 10 times that of Canada. The prices reflect that. When you take international ads and audiences into account, international economies also come into play. The average weekly salary in Jamaica is 1/3 of an average American weekly wage, and people in India make less than 1/10 of what those in the US make.  Commercial rates may be negotiated as a lump sum or follow the Union model and be broken down into a rate for the session (the time during which the ad is recorded), the use (where it will be seen), population (by how many) and for how long (for 13 weeks, generally called “one cycle” or longer, up to a full buy-out – all uses for all perpetuity, in which case, you are looking at a big-ticket item).

There is also quite a difference between commercial and narration rates. Typically, we think of narration as corporate or business videos, and training or eLearning programs. Narration rates are often set in either 10 minute increments (which follows the format of the union rates) or by number of cents per word. For example, the lion’s share of voice artists will say any narration up to the first 10 minutes will be around $300 US (give or take $100) or approximately 0.20 per word (give or take 0.10). Rates for subsequent increments of 10 minutes are generally lower on a sliding scale to a fixed rate (eg. no lower than $100 per 10 mins). 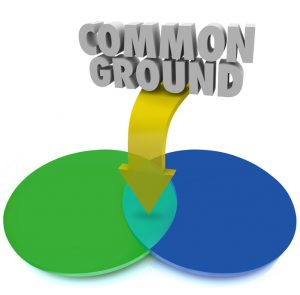 Until you get the hang of it, it can be confusing. Whether you are a producer or a voice over artist. In fact, on our side of the negotiating table, the majority of vetted professional voice over artists discuss our rates amongst each other to keep our prices within what is fair to us, to producers and to respect what the market will bear.

The best way to sort out pricing is have an open discussion with the voice talent you want to hire. Just as you often have a budget range, in most cases, they will have a rate range. The ideal is when your budget range and their rate range find common ground.

If you’re looking for a female voice over artist and want to discuss rates for a project you’re casting, contact me. If I can be of any assistance, I’d love to help.