21st Century voice over means knowing how direct yourself in your own booth. Expertly. If the task seems daunting and you’re a bit shaky on how to deftly turn the tables to be both actor and director, these tips may help steady you on.

When you get a piece of text…

Who – are you: The boss? A peer, a dad, an ice princess? Your read for Nok, the sewer troll will be very different from the BFF over coffee.

Who – are you talking to: Again, answering this anchors your character and helps you settle on a tone and delivery.

Why open your mouth? (also dovetails into ‘what’ – which is the actual message or script) – what do you want to get out of the interchange? Are you helping a loved one deal with cancer, or directing an auditorium full of IT peeps to their seats for an Awards ceremony? Why is what you have to say important? And why should your audience care?

Sift through your Script (Analyze This) 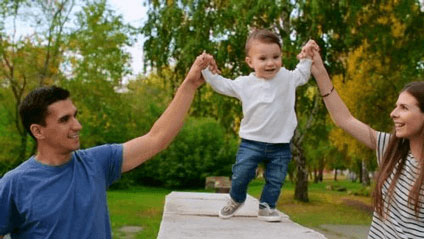 Commercial copy is different from a script for a game or an explainer. Each of these comes with its own standards of nuance. Let’s take ads for instance. People listening are only half listening at best. The ad is in between them and the content they want. So, make it content they DO want to hear. What in the copy is going to make a difference for them? Can you help them save money? Stay safe? Get ahead? Have more time with their family? The product is the conduit for them to do this. You help them realize this. If you do your best work, they will come away with a couple words and a feeling. i.e. McDonalds + lovin’. Apple + different.

A longer text is more of the same, but less urgent. And with more words. So, if you’re reading an eLearning text about compliance, in each line and paragraph look for the goodie. The key phrase that will make a difference for the sender and receiver of your message.

I hesitate to give a recipe on how to break-down your script. That’d be like cake. (chocolate, vanilla, pineapple upside down) Your read recipe is going to be different from mine. I tend to send more love to my verbs. Other people like to polish up the adjectives. More critical is to make sure you understand what is important to get across and then, keep it real, in an entertaining way.

Unleash the Creative – Dismiss the Judge.

Ever worked in a studio on a commercial? The client, the account exec and a minion or two are never (or extremely rarely) in the studio at the same time the talent is. The director does this on purpose. Too many cooks. Plus they don’t know how to ask for what they want. And actors are delicate creatures.

Same here. In your solitary two-hatted state, you need to separate your creative from your inner critic.

I don’t know about you, but my creative inner feels like a red licorice-loving five-year-old, who cartwheels over to the mic mugging, “Let me at the script!!”

To keep her from diving off the deep end without checking whether there’s water in the pool, (a.k.a. spend too much time on takes or go too far in freeing that freaky self) approach “takes” with the wisdom of Pat Fraley’s Series of Three. Let your first take be your primary interpretation of the script. For your second take, go in a different direction. Do a third take as a mix of two.

What I really like about this, other than it came from the GREAT PF (whom I love) is the #2. Going in that different direction is a licence for you to get out of your comfort zone. Ham or cheese it up. Go dark. Thay it with a lithp. Go out on a limb and then, come part way back.

Where should you go for read number two?

Again, I lean on my studio experience. I channel my inner Martin, Andrew or Kate. All great ad directors I’ve worked with in the past, who know how to nudge me where I need to go. Who are some of your fav directors? What would they say to get you to try it differently?

Another fav of mine is Mary Lynn Wissner and her amazing voiceover app. A wonderful LA casting director, Mary Lynn devised an app you can take in your booth to help you make strong choices. Her approach is broken down in 5 different kinds of reads and then she has a survey of emotions and triggers you select from to layer or flavor your performance with. This is especially good for auditioning. Using her app has helped me become a better self-director.

After you’ve got a few takes laid down, cage your creative creature and it’s bruisable ego and listen with your director’s ears.

Once you’ve done all you can creatively, bring that inner judge back in your court. Separate yourself from what you’ve done. If you were a writer this would be the time you’d refer to Stephen King’s quote, “kill your darlings.” Listen with the ears of your client. Or better, your client’s audience.

And never with a capital N, ever go for “good enough.” Good enough doesn’t get you re-hired. Or hired in the first place.

This post is the third in a three part series on directing voice actors. The first reveals the different hats the voice director must wear in the sound studio. The second outlines what directors need to know to get the best performances from their talent. I’ve been doing VO and coaching since Blockbuster was still relevant. Contact me if you’d like to work together.