It’s been said that voiceover is the bridge that forms a human connection between a company and consumer – and voiceover for sizzle reels is the perfect example. Because professional voiceover actors deal with sound (and human emotion) for a living, they do more than just make sizzle videos sound good – they know how to pitch you or your project in a way that gets results. 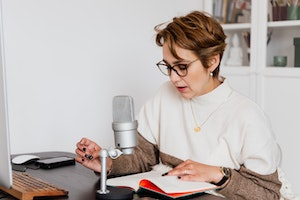 No matter how great an actor might be on-screen, if the voice narration in their sizzle reel isn’t captivating and insightful from the first second of filming, casting directors will simply move on to the next one.

At their core, sizzle reels are about a person on camera finding themselves in different situations- and their narrator. As a voice actor, the job is to tell a story, not just any story. It needs to be a good story and a story people want to watch unfold. It could be the story of the actor, the series – their potential – or anything in between.

What is a Sizzle Reel?

Sizzle reels, or highlight reels, are quick videos of incredible visuals that join audio voice talent with on-screen presentations. They’re quick, effective, and (most importantly) representative presentations that reflect everything you could expect from a series or movie. Whenever a new series gets pitched to a production studio, or an actor needs to send off their highlights to a casting agent, sizzle reels the means they do it in.

What Goes into Making an Effective Voiceover for Sizzle Reels? 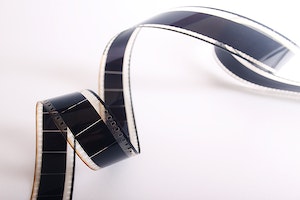 How Long are Sizzle Reels?

Sizzle reels might convey a lot of essential information but usually run for up to three minutes. Producers, casting agents, and business reps barely have time to eat lunch – let alone sift through the mountains of proposals that hit their desks daily. That’s why they’re called sizzle reels – they’re hot, to the point, and burn through all the noise that stands between getting to a yes or no.

Why Create a Sizzle Reel?

Things move fast in the ad world – and sizzle reels reflect that. More often than not, sizzle reels are the barrier to entry for a project that gets greenlit in the entertainment industry.

Think of sizzle reels like an entire ad campaign, distilled, bottled, and labeled into the fundamentals of a potential project. By keeping things short, to the point, and reflective of the subject, sizzle reels offer industry professionals the chance to get through ten very different proposals in half an hour or less.

Can I Use a Sizzle Reel for My Business? 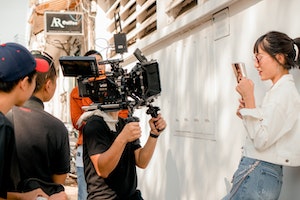 Absolutely. While sizzle reels are most commonly used to promote movies, television, and just about anything you could think of in the entertainment industry – they’re also a great way to show off your brand, company, or products. Past ad campaigns, future business goals, proposals, and resumes can all be sizzle reels.

If you’re looking for a voiceover artist to narrate your next sizzle reel, perhaps I can help. I’ve narrated sizzles and pitches for ad agencies, airlines, healthcare companies, fintech operations, award presentations, and more.