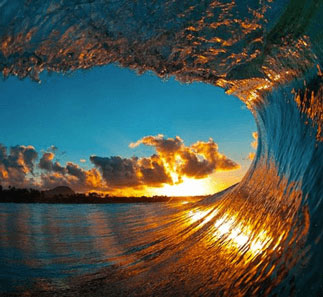 Once in a while a commercial comes along that gets under your skin. The FGCU Effect produced by Mark Myers or TradeMarky Productions was one such an ad.

The footage is gorgeous. Artfully juxtaposed scenes of life as a student at the Florida Gulf Coast University: rallies, outdoor classes in swamps, early morning track, students in co-ops. The school has a video of the making of the spot on their You Tube channel.

Of course for me, seeing the footage came later. My intro to the spot was an audition that came up on a pay to play site (Voice 123 in this instance). What struck me was the request for a slightly urban poetry slam kind of feel. A fan of rap, spoken word and urban poetry, the words resonated with me. Big time.

I laid down a track. Listened back. Did a couple of small adjustments, and laid down a second take. Maybe a third. But I ended up going with that second take. It worked. Describing the performance lyrically, I’d say it jump-started with a knowing lead in, continued with a slow edgy push to the second lines, a build in the middle both hard and strong and then a crescendo filled with wonder and awe. The denouement, in this case not a call to action but more an emphatic statement, was both sincere and matter of fact.

It was candy-coated kismet. The producer loved it. Decided to use that second take on the spot itself. In a bit of serendipity, after Mark called we discovered we had other connections. One of my best friends, Donna C. Roberts, documentary film maker (Yemanja: Wisdom from the African Heart of Brazil) used to teach Environmental Education at FGCU. Her husband was Mark’s boss at a kayak concession on shelly Sanibel Island. Go figure.

I loved the finished product and was thrilled when it was entered in the SOVAS (Society of Voice Actors and Sciences) Awards in 2016 as Best Local TV Voice Over. Not only did it mean a fun trip to LA to the Warner Bros Studios for the Award Ceremony headed by Joan Baker and Rudy Gaskin, but it also meant the spot was favorably evaluated by leading voice over industry peers.

I love this kind of sound in a spot. It leans into the inspirational, but sounds rooted in the pavement. Got a poetry slam style spot you’d like a custom audition on? Contact me. I’d be happy to comply.