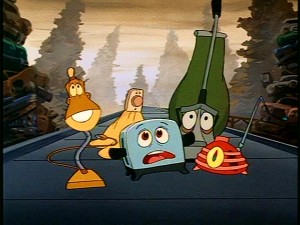 Voice actors are incredibly skilled performers. And I’m not just saying that because I’m a voice artist myself! To have the flexibility, clarity, and enunciation, along with the ability to personify a landscape, an animal, an inanimate drawing is an art form. Then, to not only do that for one character, but to create and breathe life into dozens, even hundreds more? It’s inspiring. Here’s my list of top voice actors. You will recognize the genius behind the microphone in some, but others, may surprise you.

Dan Castellaneta, of Homer J. fame, is one of the staple reasons why The Simpsons have been running for… how many seasons has it been now? 28? They are the longest running television show in the United States, with many of those credits going to Dan, who voices Homer, Grampa, Barney, Krusty the Klown, Groundskeeper Willie, and Mayor Quimby. He’s also known for his characters on Kim Possible, the Rugrats, Cow and Chicken, Futurama and two Batman series cartoons. His memorable work will go down in cartoon history as some of the funniest. 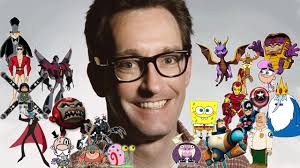 Tom Kenny is the artist behind none other than the beloved Spongbob Squarepants, an oddly endearing voice somewhere between that of child and man, that stays with you like blue in an ocean. Believe it or not, Spongebob Squarepants has been voted Nickelodeon’s Favourite Cartoon for fourteen of the last fifteen years. Tom got his feet wet in stand up comedy in the 80’s and morphed in voicework in the early 90’s. Tom is  the narrator and Mayor in The Powerpuff Girls and has also voiced characters in The Fairly OddParents, CatDog, Teenage Mutant Ninja Turtles and many more. Tom has won two Annie Awards for Best Voice Acting and Outstanding Achievement in an animated television production. 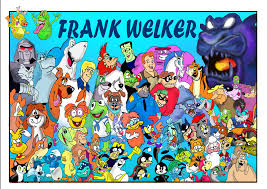 With 792 credits, an Emmy, 5 BTVAs and a host of nominations, Frank is by far the most successful voice actor of his time, most recognized for his role as Fred Jones and (since 2002) Scooby of the Scooby-Doo franchise. He is the only original cast member remaining from the show. He is constantly transforming his voice to adapt to new characters that portray animals and even robots, like his most recent reprisal with the Transformers series, playing the likes of Megatron and other Decepticons—just like he did in the 1980s with the original television show. You name an animated series, Frank’s most likely been on it.

Seth MacFarlane, knew he wanted a career in animation from the age of five. In school he experimented with standup comedy and created a film Life with Larry, which became the inspiration for his brainchild, Family Guy. Not only does Seth act, but he’s a prolific writer and producer. His early writing days were with Hanna-Barbera penning shows and voicing characters on Johnny Bravo, Cow and Chicken. While freelancing with Disney (and contributing to Ace Ventura) he continued to work on Larry, which eventually morphed into Family Guy which debuted in 1999. On it, Seth voices Peter, Stewie, and Brian Griffin and a host of other characters. Subsequently, he created and contributes voice work to American Dad and The Cleveland Show, the Ted movies and the live action A Million Ways to Die in the West. 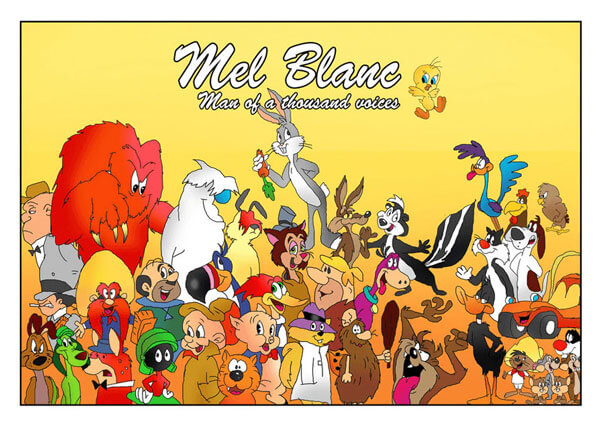 Though he’s been gone for nearly 30 years, the undisputed king is still the Man of 1000 Voices, Mel Blanc. Mel cut his teeth in Vaudeville (yep! that long ago) and radio and was quickly renowned for his facility with creating characters and drawing on various accents and dialects. His first famous voices were Porky Pig and Daffy Duck for Looney Tunes under Warner Bros. He’s also known for Bugs Bunny, Tweety Bird, Sylvester the Cat, Marvin the Martian, in fact he was the male voice for all the major WB characters except for Elmer Fudd. Mel moved his voice actor’s tool box to Hanna-Barbera to play Barney Rubble, Dino the Dinosaur and Cosmo Spacely on the Flintstones and Jetsons respectively. Mel has inspired thousands of voice actors. He was the first of us to receive on screen credit for his work. He died at the age of 81 and had his character, Porky Pig’s famous line, “That’s all Folks!” engraved on his tombstone.