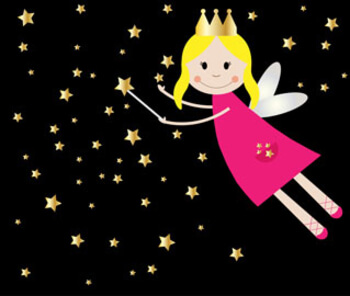 Voice acting is conjuring up an amusing voice, laying the track over a cartoon character, crossing your fingers and hoping it works. Not!

Voice acting is way more than that.

No one describes it better than the woman who is number one on this list (no peeking!):

“I love everything I do with all of the parts that I do because there’s a little bit of me in all of them. We all have anger and jealousy and love and hope in our natures. We try to communicate that vocally with just sketches that you see on the screen and make it come alive and make it human. That’s what I enjoy doing.”

The following five women have successfully married their vocal skills and passion to put out fabulous work for some of the best-known animated cartoons, video games, and radio shows. 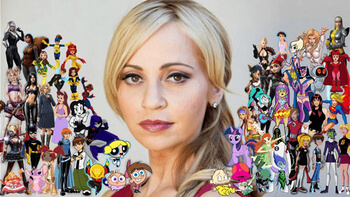 Hailing from Toronto, Tara Strong was born to Jewish parents who escaped an anti-Jewish Russian community and emigrated to Canada with the hopes of starting a new life. The family opened a candy shop called The Wiz, where Tara and her sister spent a lot of their time. The loud, flamboyant energy of the fun store inspired Tara to morph into the outrageous characters we recognize from TV shows like Rugrats and The Powerpuff Girls. Her unique voice launched her into fame with the hugely successful Rugrats series, in which her most notable role was the newborn, Dil Pickles, who merely strung together mumbles and simple words. Her ability to bring life to a character that didn’t even speak underlines her talent for this art form.

While she’s primarily known for her roles as Twilight Sparkle in My Little Pony, Bubbles in The Powerpuff Girls, and Timmy Turner in Fairly OddParents that have all led to an amazing career with over 933 roles in 334 titles, she’s also made an impressive name for herself among comic book fans. Voicing not only the characters Batgirl and Raven from Teen Titans, Tara also voice the infamous Harley Quinn and has appeared in cult televisions series, like Ben10 and Family Guy, to name a few. She currently boasts a Twitter following of more than 350,000 people and uses her considerable reach to raise hundreds of thousands of dollars for charities and organizations that aim to help kids with cancer, rescue animals and prevent bullying. 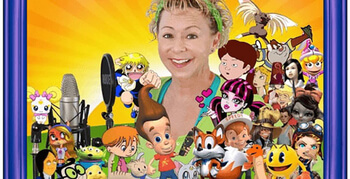 The voice genius behind the renowned large head, brain and cowlick of the inventive Jimmy Neutron is none other than my friend, Debi Derryberry. Contrary to Tara Strong’s bright upbringing, Debi was brought up in the not-so-exciting desert community of Indio, California. After graduating from UCLA in pre-med, she gave in to her first love and moved to Music City. In Nashville, Debi had a chance to discover her creative side —and that she did. Unearthing her talent for voice acting, she moved back to California to kick off her voice acting career in Los Angeles. There, she voiced hundreds of characters including roles in Toy Story, Zootopia and Wreck-it Ralph, but none as successful as the title role in Jimmy Neutron: Boy Genius, the Academy Award-nominated Paramount/Nickelodeon film. Other notable voiceover jobs include lead roles in The Addams Family, Guild Wars, and Zatch Bell. Debi has also found great success touring the United States performing preschool music, coaching new generations of voice artists and penning the book “Voice Over 101- How to Succeed as a Voice Actor.”

In recent years, she’s also found considerable success for her multiple roles in the Emmy Nominated Netflix comedy F Is for Family. Alongside comedy superstar Bill Burr, Debi actually voices not one or two, but more than 12 characters for the series in recurring roles over seven years and 44 episodes, including a starring role as Maureen Murphy. With such an impressive resume that spans across three decades, it’s not hard to see why she’s one of the industry’s most requested voice over artists with more than 300 IMDB credits to her name and a Tiktok following of more than 800,000 people. 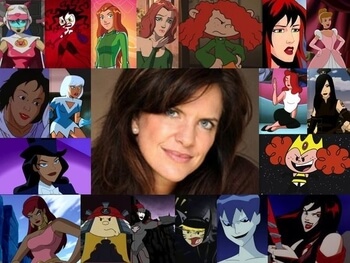 This productive voice actor was brought up like a wandering nomad to academic parents. Born in Goose Bay, Newfoundland, she wound her way to Alabama, where she commuted back and forth from Birmingham to Atlanta to get voice over work. After starting in cartoon voice-overs Jennifer surfed the coming tidal wave and jumped into video game voice-over work, where she has since focused most of her career. She started by voicing Ivy on a cartoon series based on the game Where on Earth is Carmen Sandiego? and continued working often for BioWare, a video game developer. Her phenomenal work with this Calgary-based dev team landed her roles in Baldur’s Gate and Star Wars, as well as her lead role playing Commander Shepard in the four instalments of the Mass Effect series, which landed a nomination for a Spike Video Game Award for “Best Performance by a Human Female.”

Jennifer’s other famous titles include Gears of War, Diablo, World of Warcraft, and God of War. She has been so prolific in fact that in 2013, the Guinness Book of World Records recognized her  for being the most prolific video game female voice actor.  A record that stands to this day. Some of her most iconic video game roles include Samus from Metroid Prime (you might remember that one from Super Smash Bros, if you haven’t played the Metroid series), Killer Frost in DC’s Injustice: Gods Among Us, and Trinity in The Matrix: The Path of Neo. She’s also voiced multiple Cartoon Network characters on series like The Power Puff Girls and The Grim Adventures of Billy and Mandy.

My fav Jennifer Hale quote: “When you do a game it’s basically like doing a one-woman show for four hours. The level of focus that’s demanded, and intensity, energy applied and imagination and concentration is very specific.”

Nancy Cartwright is known best for her work as spikey-haired problem-child Bart Simpson for the last three decades. While that might be her most notorious role to-date, she happens to also voice multiple other characters throughout the series’ groundbreaking run-time, including fan favorites like Ralph Wiggum, Nelson Muntz, and Todd Flanders. Invaluable as she is to the cast of The Simpsons, it’s no surprise that Nancy is one of the highest grossing voice over actors in the United States, earning herself an abundantly impressive $400,000 per episode. Strangely enough, Bart’s infamous catch phrases like “eat my shorts” and “don’t have a cow”, weren’t initially meant to be. Cartwright actually went into her audition vying for the role of Lisa Simpson; seeing her potential, the show’s creator, Matt Groening, instantly offered her the life changing role of Bart Simpson instead. She has since  received not only a Primetime Emmy Award for Outstanding Voice-Over Performance, but an Annie Award for Best Voice Acting in the Field of Animation for the role of Bart.

Cartwright later went on to win another Primetime Emmy Award for Outstanding Performer in an Animated Program for playing Rufus, Ron Stoppable’s naked pet mole rat, in Kim Possible. Since then, she’s gone on to be nominated for another Daytime Emmy in 2020, published multiple books and even penned the highest rated episode of The Simpsons’ 2019 season. Her 2004  audiobook My Life as a 10-Year Old Boy catapulted her career even further, leading to an Audie Award nomination, and even her own one-woman show. In 2020, the MasterClass series platform put forth a voice-over course she created. In 2021, she released the newest instalment to her literary ventures with her updated audiobook, I’m Still a 10-Year-Old Boy, and has gone on to co-create her own production company. Suffice to say, Nancy Cartwright is a leader in the voice acting world and is undoubtedly one of the best. 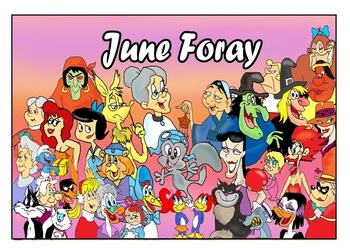 Only one female voice actor has their star on the Hollywood Walk of Fame, and that is the one and only late great June Foray, the single, most celebrated female performer in the history of the field. June started in radio in the late 1930s, hosting two of her own shows before the age of twenty-five, opening the door to nationally broadcasted network shoes such as Lux Radio Theatre and The Jimmy Durante Show. Foray worked for Walt Disney voicing many characters including Lucifer the Cat in Cinderella, and much later, Grandmother Fa in Mulan.

She became the industry standard at Warner Brothers voicing cartoon characters like Granny, the owner of Sylvester and Tweety. Like all of the actors representing Looney Tunes, all except Mel Blanc, she was never credited for her work. My favorites of hers were Natasha Fatale & Rocket J. Squirrel in Rocky & his Friends. She performed the voice of Cindy Lou Who in How The Grinch Stole Christmas, Rocky the Flying Squirrel, and even Jokey Smurf from The Smurfs. Credited with an Emmy and four Annies June even had an Annie award named after her. Similar to Betty White, June continued working and blessing us with the fruits of her craft through the age of 99. She passed in July 2017, just a few weeks short of her 100th birthday.

What are your favorite performances or characters from these powerhouse women of voice over?