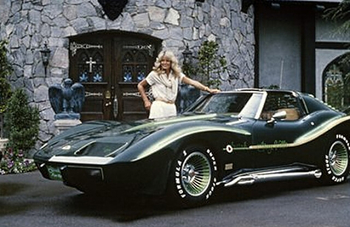 Car commercials are known for being expensive, well-crafted, quality productions. Their budgets are usually generous because, unlike some industries, car companies market their products by marketing lifestyles. So, it’s no surprise that these brands vie for our loyalty by employing well-known actors. It’s part of the seduction.

Using famous voices to sell cars is not a modern marketing tactic. Sam Elliot’s iconic smoky, all-American voice sold us on Dodge Rams long before Jon Hamm used his Don Draper charm to draw us into buying a Mercedes Benz. Mazda is no different. But who is the voice of Mazda? It’s probably not who you think.

While many people assume Oscar-winning actor George Clooney does the voice over for Mazda’s recent car commercials, the real man behind the 2016 ads is Aaron Paul, star of Breaking Bad. Both actors have a very similar deep voice, which explains why so many people make the mistake.

While Aaron Paul is a highly respected actor and renowned for playing Jesse in the groundbreaking series Breaking Bad, and now Eddie on The Path, George Clooney is one of Hollywood’s elitist and has been a household name since his days on ER.

Not only is George Clooney famous for his smoldering good looks, he’s also a highly respected thespian, political activist, writer, and director. Although he is usually associated with being a rich, well-to-do actor with deep Hollywood roots, he has not turned his nose up at lending his famous voice to commercials of household brands. In addition to his repertoire of film and television appearances, you may have recognized his deep, raspy voice in At&T, Aqua Fina and  British Airways and Budweiser spots. Most recently he’s been on camera in Nespresso ads.

Both George Clooney and Aaron Paul’s voices blend authority, sex appeal, and sophistication in their commercials. Demonstrating that great acting, whether on cam or on mic, is all about delivery.