When I was contracted to do an eLearning voice over for an off-the-shelf Online course by content development company Taimma Communications (now known as Ebix), I didn’t quite get all the hullabaloo.

It was right at the point when eLearning content developers began tinkering around with the idea of going from being custom tailors to direct wholesalers. As former owners of the company, Soula Chronopoulos and Thierry Semoff rode the crest of this cutting-edge wave by reinvesting in creating a vast library of online medical courses—and I was their voiceover gal.

For me, a veteran eLearning narrator who jumped aboard the multimedia bandwagon before it even became a thing, I was in heaven. See, I suffer from an inner geek itch that constantly needs scratching. It’s led me to not only cultivate a Grey’s Anatomy vocabulary, but to strongly identify with the viewer/listener that must soak up often extremely dense material. I chomp at the bit to help make this stuff palatable.

Imagine my delight when I got to record not one or two, or even a dozen modules, but seven or eight dozen! This was slightly ahead of the age of remote recording, but this smart company saved money by installing their own pro studio on site. A nice stack of double spaced 14 point font medical scripts, a lovely TLM 103 Neumann microphone and a Project manager on the other side of the studio triple pane glass, and off we narrated for a good two to three hours at a time. 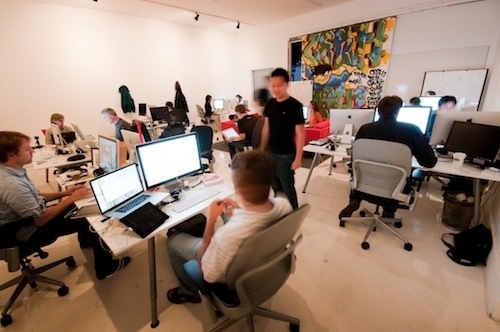 Just down the hall, a room full of medical doctors created the content. I worked semi-closely with this team and had great admiration for their ability to translate concentrated high-level material into easy-to-read and understand script and story.

The audience for Adam on Demand ranges from patients and students to health care professionals and participants in the pharmaceutical industry. Topics range from introductions to body systems, like the cardiac, digestive, endocrine, to understanding anatomy or physiology of organs or tissues, like the skin or the breast. They look at diseases, like Understanding Crohn’s, ADHD, and the Physiology of Pain. They even offer eLearning programs that center on medical procedure, such as Cardiac Catheterization.

It’s an extremely effective series. The graphics and avatars snare your attention, the content draws you in and (I hope) my voice over narration intrigues and solidifies the instruction. Several courses and the series itself won multiple awards (Silver Communicator and Gold Web Health).

Adam On Demand is a cloud-based LMS using Flash and HTML5 and is independent of devices.